The Defence and National Rehabilitation Centre is a new £300m purpose built, world-class rehabilitation centre for the armed forces and service personnel who have suffered major trauma or injury.

It was a great privilege and honour for WorkSpace to be involved with this project. We completed an FF&E fit out including bespoke reception desks featuring Corian® in Deep Nocturne and brass cladding. We also supplied and installed fitted bedroom cabinetry including wardrobes and desks, dispensers, bedside lockers and whiteboards 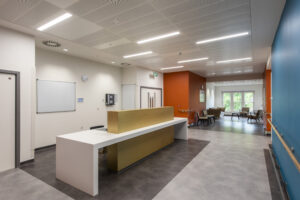 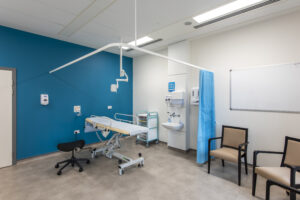 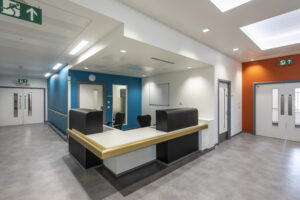